Two grants from private foundations helped to arrange, describe and create a database of the chart and map collection at Mystic Seaport, a heretofore underutilized collection.

Beginning in the early 1930’s, Mystic Seaport began collecting, among many other things, charts and maps of the entire world. Many of the charts we received came as parts of larger gifts that included logbooks and business papers of ships from ports up and down the east coast. Many of the charts were used aboard ship and show the wear and tear of numerous sea journeys as well as the penciled tracks that the ships folowed on their trek around the globe. One such chart in our possession belonged to Mystic captain Joseph Warren Holmes, someone who spent almost his entire life at sea. Indeed, Holmes holds the record for any sailing ship captain going around Cape Horn on journeys between the east and west coast. 84 times around the Horn.

And we have the charts he used on many of those trips. One such chart shows the penciled markings of numerous trips around the Horn with many separate lines converging at the tip of South America to form one thick, black line that looks as if the good captain was using fat-tipped magic markers instead of a pencil.

Some incredible people represented in our collection of well over 10,000 charts and maps include Irving and Exy Johnson, the husband and wife team that began taking young adults around the world on adventures in the 1930’s. We have hundreds of the charts used by the Johnsons as  they made there way to Tahiti, New Guinea and other exotic areas both before and after World War II.

Other charts express the American spirit of enterprise and exploration. The whalers of the early to mid-1800’s who ventured into the unknown in search of their quarry whose oil would light the lamps of the world. Below is an advertising label that appears on one of those charts used by a whaler out of New Bedford. 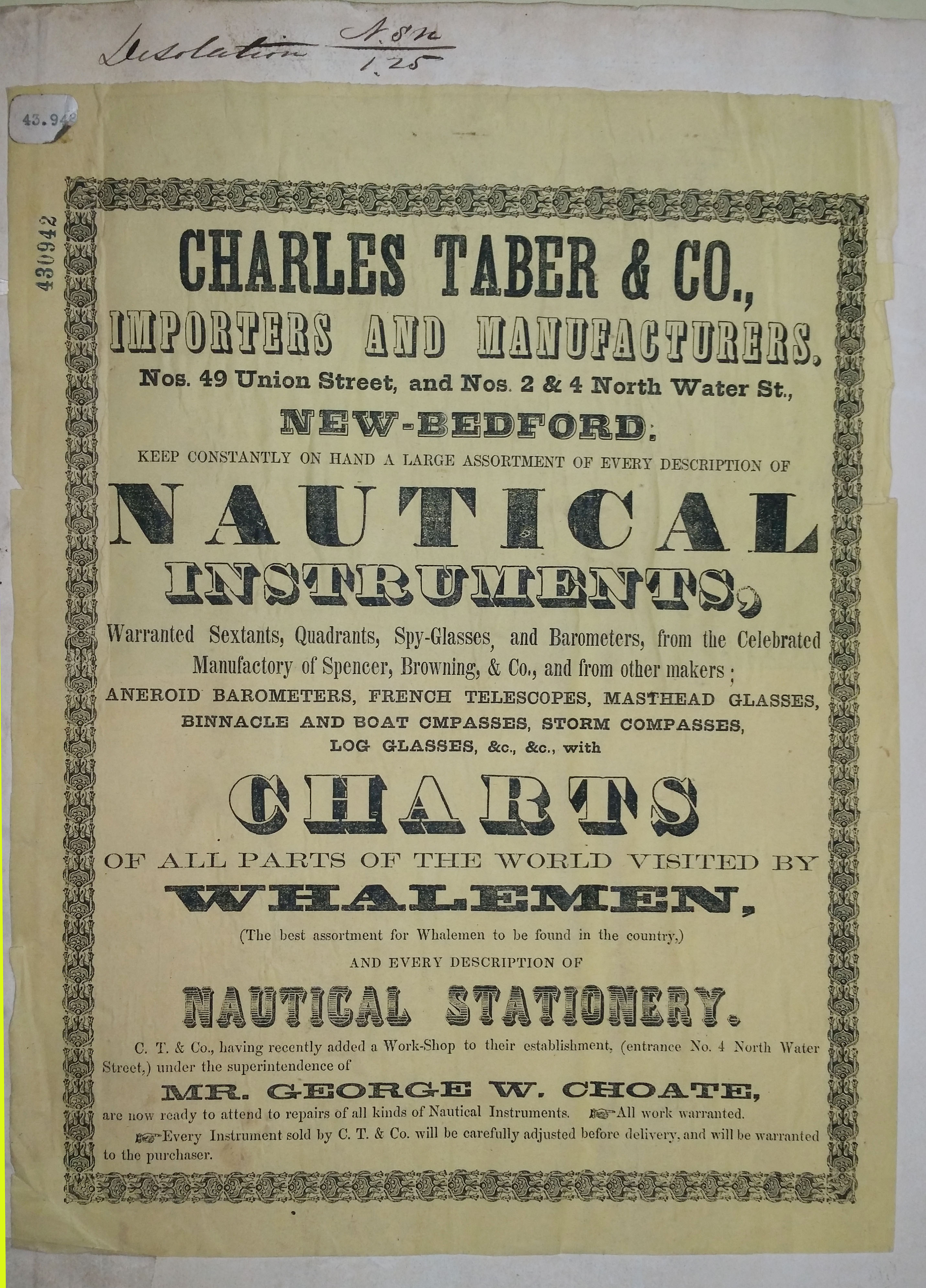 Most of the charts and maps date from the 19th and 20th centuries, but there are a number that predate the period as well, such as the collection of charts from 1671 called the English Pilot and published by John Seller. As the world experiences rising sea levels, accurate charts such as the Atlantic Neptune, a series of detailed charts of the American coastline published by the British Admiralty in the late 18th century, can be used to compare the current coastal outlines to those of centuries past.

Two grants over the last three years from the Acorn Foundation and the Gladys Krieble Delmas Foundation, gave us the resources to hire an expert to both assess and catalog the collection to make it more readily accessible to our research community.

The chart and map collection is one of many truly extraordinary collections at Mystic Seaport. You can see the description of the entire collection and the list of charts here.